As you probably know, I have been quite involved with the SANS Institute since 2010, when I was a SANS Mentor for the first time. Currently I'm a SANS Community Instructor and I have been teaching the SEC-560: "Network Penetration Testing, Exploits and E
thical Hacking" several times in Spain. 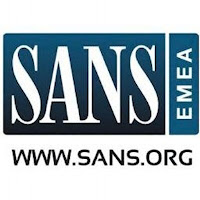 Next November in Madrid (Spain), you will have the opportunity to step up your Penetration Testing skills to other fields and techniques not covered at SEC-560 course. As you can read in the SANS Institute web site: SEC-660 "Advanced Penetration Testing, Exploit Writing and Ethical Hacking" is designed as a logical progression point for those who have completed SANS SEC-560, or for those with existing penetration testing experience. The topics covered in this course include attacks against network access control (NAC), virtual local area network (VLAN) manipulation, breaking Windows and Linux restricted environments (kiosk-like), cryptographic attacks, fuzzing, exploit writing and bypassing the most common OS protection such as ASLR, DEP, Canaries, etc , and much more.
Despite not being a course focused in exploit-writing such as SEC-760, the exploiting part of SEC-660 (two days) is the perfect approach for those Pentesters that want a in-depth view of how processes and memory are managed in Windows and Linux, and how to exploit certain common flaws that could be really useful when there isn't a public exploit available or when it doesn't work properly in our specific environment.
In addition, even being used to the "SANS-style", SEC-660 is one of the most hands-on course that I have ever seen. There are dozens of real-works attacks that we will covered in detail that you could probably found in your upcoming penetration tests.
Interested? Book the following dates: November 2nd-7th in Madrid. You just need to drop me an email at jselvi{-at-}pentester.es and CC sans{-at-}one-esecurity.com and we will explain you how to procede. Remember that the course materials are in English, but the clases will be delivered in Spanish.
Shall we dance Pentest?
More information about SEC-660 HERE.
More information about other course and prices HERE.